Here is the second of my new tote designs! This one is called The Super Shopper! 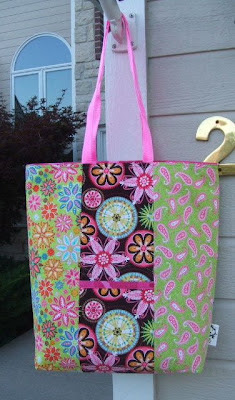 The Super Shopper - front
The Super Shopper will bring home everything you need from the store – and then some! It’s strong, good-looking, and will even take care of your coupons! Don’t head out for groceries without it! 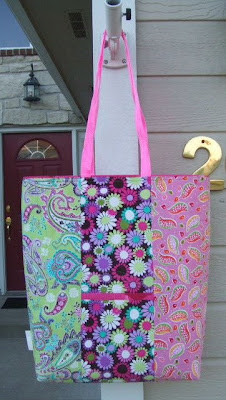 The Super Shopper - back
This one is quite colorful and girlie; I'm currently cutting one out that anyone will be happy to carry!

In the center panel on both the front and back, there is a pocket for your phone, shopping list, your coupons - anything! Here's a closer look: 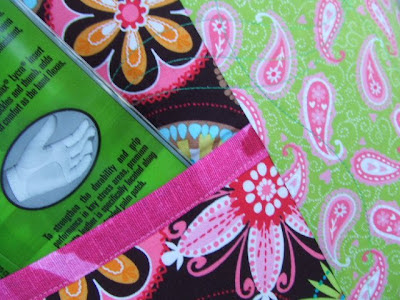 Front pocket detail
Isn't the touch of pink camo cute? Love it. Here's the back pocket: 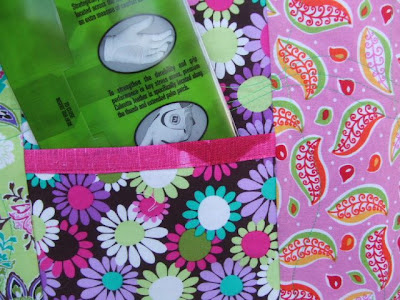 Back pocket detail
I know. The golf glove thing looks odd, but it was handy (no pun intended) and it helped show that it's a pocket! 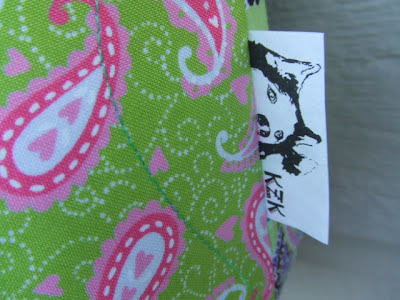 Detail shot
Can you see the quilting on there, too? The outside is quilted in a variegated green YLI thread - Grass is the color. I also did two lines of top-stitching along the top of the bag in it; you can see it fairly well here: 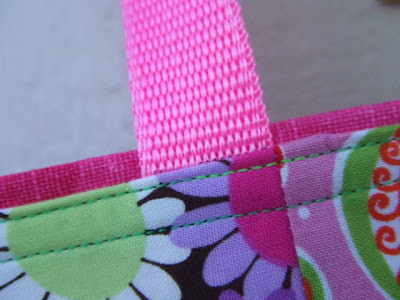 You can also see that I made the lining stick up about 1/8 of an inch for a little accent. And yes, the straps are re-purposed (new) dog leashes. I LOVE the pink! They're over-the-shoulder in length. 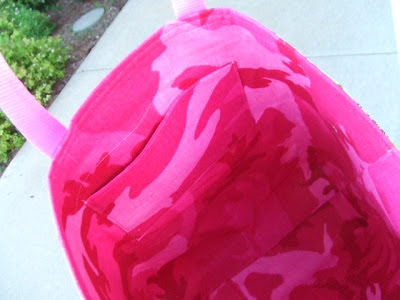 Yep. Hot pink camo - tell me that won't make shopping more fun! There's also another pocket inside. And the inside is quilted - this time in pink. This is one STRONG bag!

As I mentioned in the last post, totes don't "come with" a Hold the Phone! Bag. I did recently make one, however, that does coordinate with this Super Shopper. For those of you who read my dogs' blog, you've already seen it. And you know that it took me four days to get this shot: 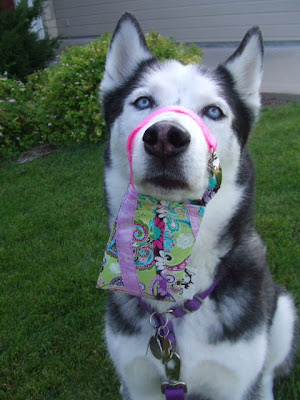 Many thanks to Dave, Guide Dog for the Color Blind, for being so kind as to pose for me. (Feel free to amuse yourselves with Day One, Day Two, Day Three and Day Four of my "trials", as found at those links.) The HTP! Bag was made as part of a "shower gift" for Shelli's new puppy, Cornelia Marie. Since Sitka already has a HTP! Bag to hold her poop bags that matches her leash, it's only fair that Cornelia Marie should have one to match hers. :)

Here's a close-up. I quilted in pink. 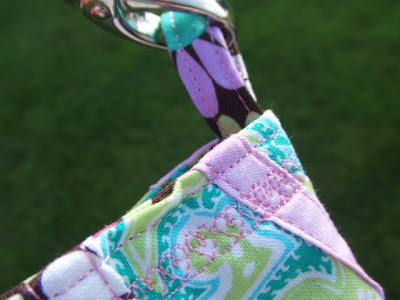 The strap/handle is part of a leash. I didn't like the hardware that came with it, so I removed it and substituted a lovely toggle clasp. It's oval and has a great feel to it. Here's a look: 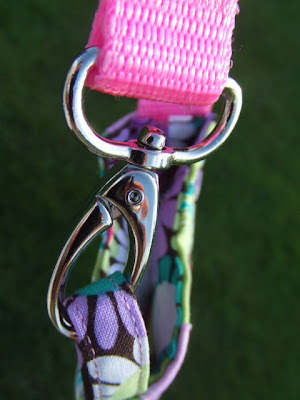 I was very pleased with how Cornelia Marie's HTP! Bag came out - and the Super Shopper! It's a design I've been re-tooling for a long time. As I told Shelli, I drew my last draft of the pattern in the steam of the shower door one morning, then had to go SEW before I forgot what I was doing! Since the fabs match C-Marie's bag AND Sitka's .... and Shelli's Storm Bag ... it only seemed right to send it southward. I hope ALL the girls like their new bags. ;)