I'm still working on my binding ... 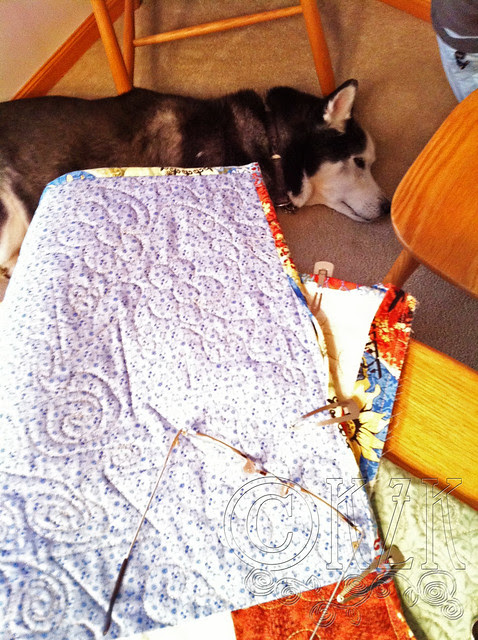 ... but I'm getting there! In the meantime, how about a look at Donna's runner?!? I always love seeing how differently people can interpret the same pattern!


Notice how her side end-logs had to be chopped before she could add the short sides, as well?!?  Like I said, there were HBO words flying both here and in Northern Virginia!  We both followed the pattern VERY carefully, but as written, you have to fudge!  That's just not right!!!  Moving right along ...

I love the fabrics she chose - and how her lights are where my darks are, and vice versa!  Very cool!

She did some great quilting - a combination of free-motion quilting (she has a Bernina 440QE also!) and echo quilting) and chose a coordinating red fabric for her binding:

We're going to be doing this runner together again - but with some changes.  I did some math, a handful of test blocks, and think I've got it to where our side logs won't have to be whacked off to fit the center "panel".  Yes, math.  As in "the class the original pattern writer could have spent more time in".  (Insert eye roll here.)  Math is my friend - except perhaps for that third semester of calculus that resulted in me changing my major  ... but that's a different story altogether.  Anyway, I'll post pix of our progress - and we'll see how my math does for us.  :)