As I mentioned in my last post, I've temporarily stalled out on my Chain Link Runner; my Guide Dog for the Color Blind injured his back and isn't allowed to climb stairs for 4 weeks.  As my Studio is down stairs from the main living level, I've put machine work on hold for right now.  I can do some hand work while I watch over him.

Remember the runner I did with my friend Donna?  I did re-work the measurements and wanted to see if my math was better than that of the original pattern writer.  (Scroll down to the third and fourth pix in this post.)  Oy!  Anyway, I did some math, grabbed some junk fabric, and tested my pattern.  The good news is that my pieces actually matched up right, no "whacking off" at the ends, and I'm very pleased with the piecing.  The not quite as good news is that the fabrics I picked ... well ... check it out: 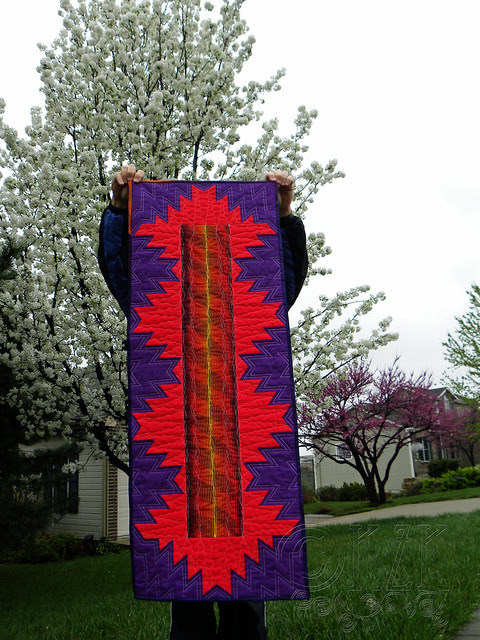 Yeow! I mean ... OK, I can't come up with anything better than "Yeow". (Dave thought the colors worked fine together, even if they aren't "our" colors, but even Zim, his brother, was a bit surprised by them. He made sure I took breaks from working on it. He's sweet like that.)  I just wanted to make sure my re-worked pattern would work out.  Note to self:  Trust your own math and don't go choosing a whacky color-scheme!

So anyway, I was able to sew the binding on this week. That's the front in the photo above. I used the same fabrics on the back. With spare parts. Because they aren't going to be used in anything else!!! Ever.  Take a look: 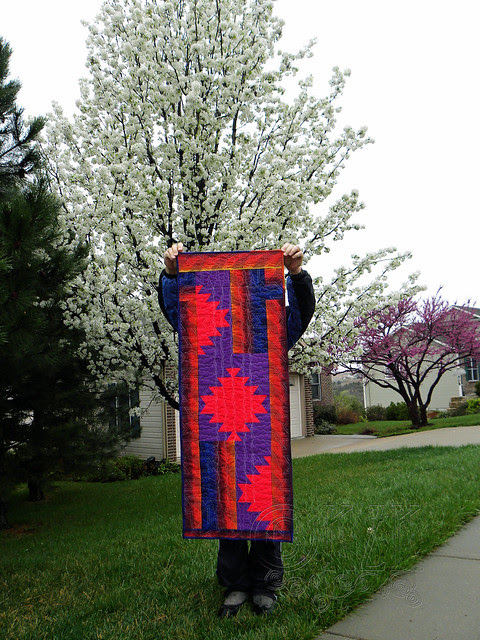 Would it be too redundant to say "Yeow!" again?

I do like how I sort of off-set the pieces on the back, though. That would be pretty cool to do for a top. In different fabrics. 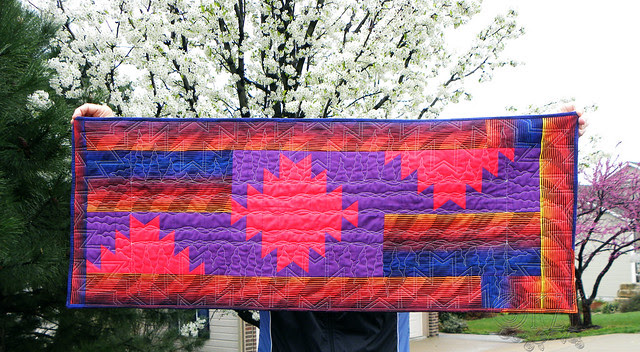 Here's another look at the front: 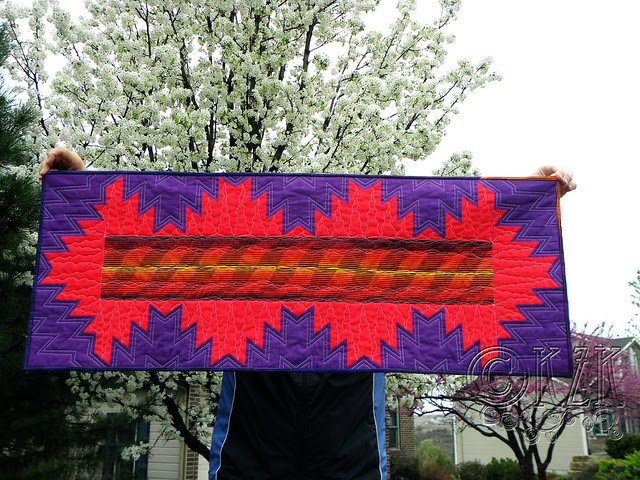 I think I reverse-sewed as much of the quilting as I put in.  I don't know what my problem was, but it was as though I'd never machine quilted anything in my life.  I'm happy with how it turned out, though - sort of like flames.  Here's a close up: 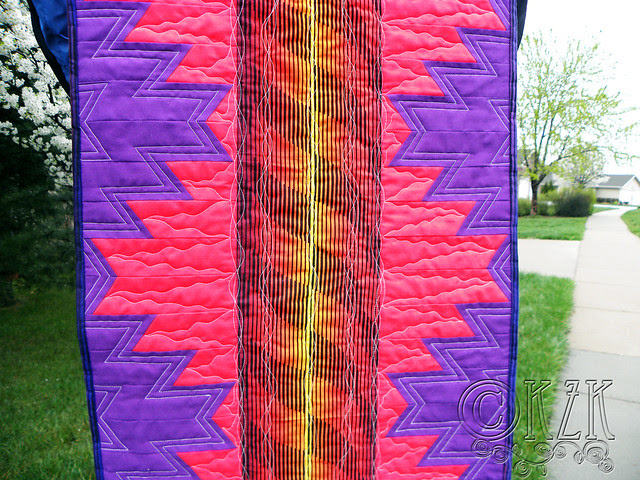 Yeow! ...but at least my math worked.