The Top is Finished!

Sorry it's been a while!  I've been busy with the garden, the pups, and working on the QUILT!!!  The top is finished, the borders are on, and I'm actually quilting right now!  I've taken a ton of pix, so I'll start sharing some of those with you now.  Let's cut the chit-chat and get to it!

This block came out kind of ... wonky, shall we say?

But I really like it and I'm leaving it that way!

Here's another block in progress: 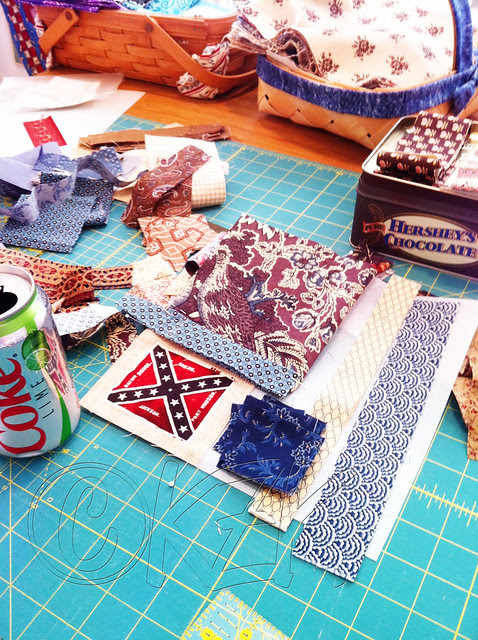 I was trying to figure out a way to add in more navy, but in a small punch.  Here's what I came up with: 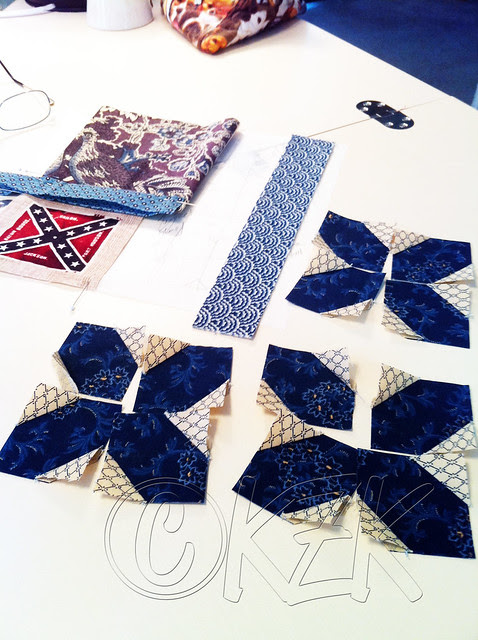 Yes, it repeats the shape of the Kansas Dugout blocks, but on a smaller scale AND when put together as I have it laid out there, it's a Cotton Boll block.  You know ... cotton and the South?  And the "X" shape echoes the Confederate flag.  ...moving right along...

I tossed these other blues in while my Guide Dog for the Color Blind was sleeping: 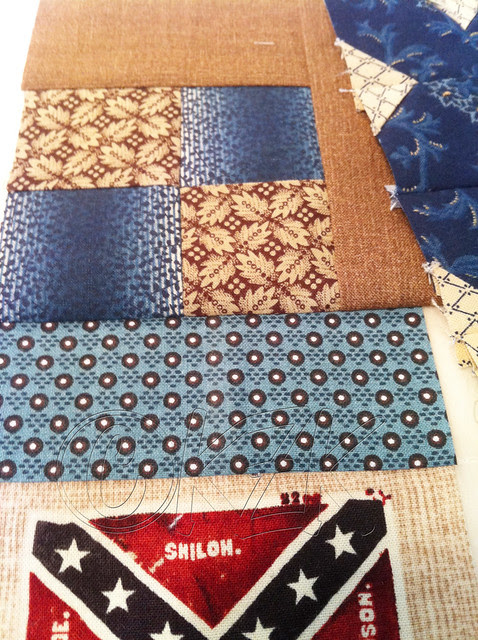 Since the whole concept is for this to not look like a collection of 8.5" blocks but an over-all collage of blocks and the battle flags, I thought it would work. They will look like different blocks - and frankly, Dave, if you snooze, you lose.

Here's how it looks all together: 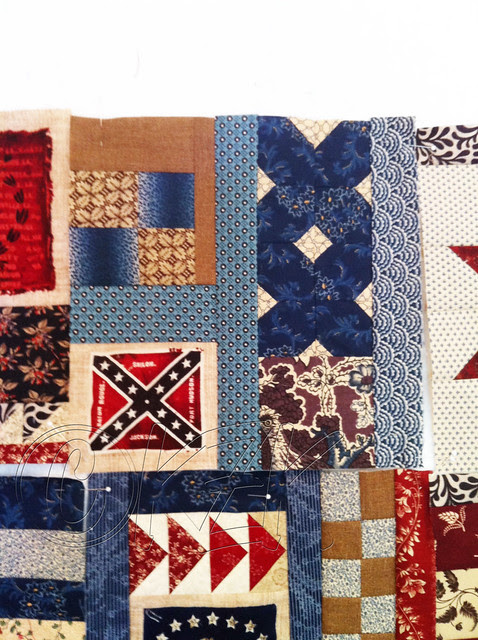 It works, don't you think?

Here are the completed blocks, up on my design wall: 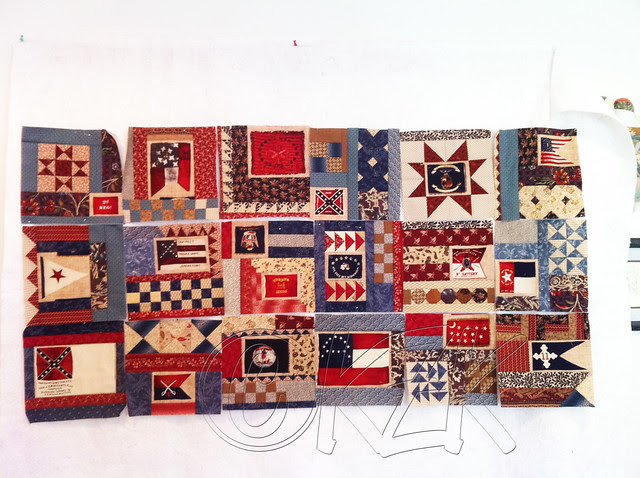 And here they are, all stitched together!


I auditioned some border and binding fabrics and this is what I came up with: 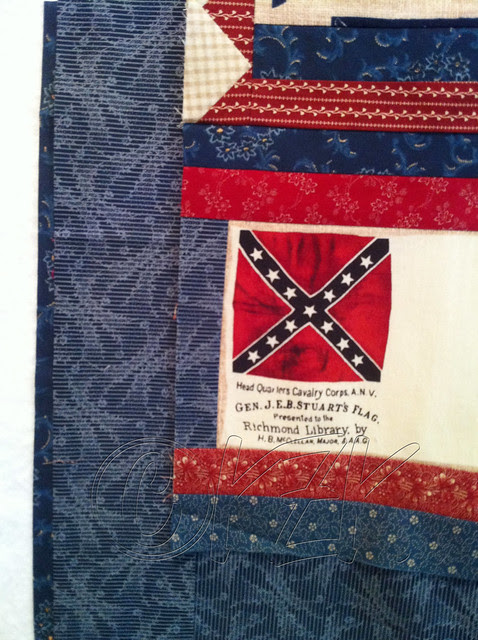 The inner border has both blue and grey in it - I like that! And the binding will add a nice zip at the end. Edge. Whatever.

Before cutting my borders, I measure very carefully at each end and in the middle: 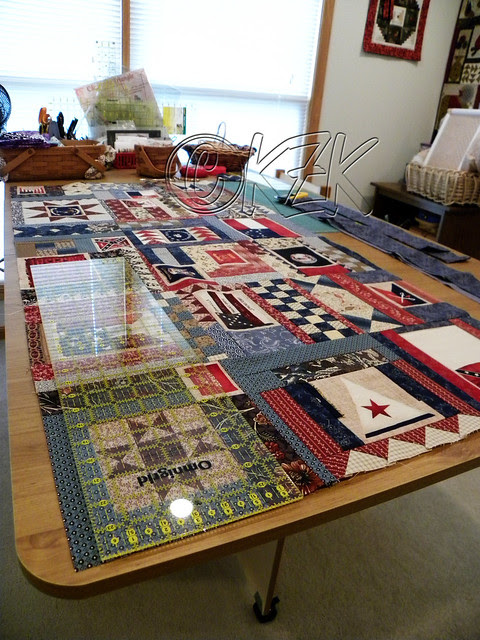 I average those numbers, then cut. It helps control those "wavy" border issues. That's my tip du jour.

I played around with a pic of one of the blocks with the Instagram app on my iPhone: 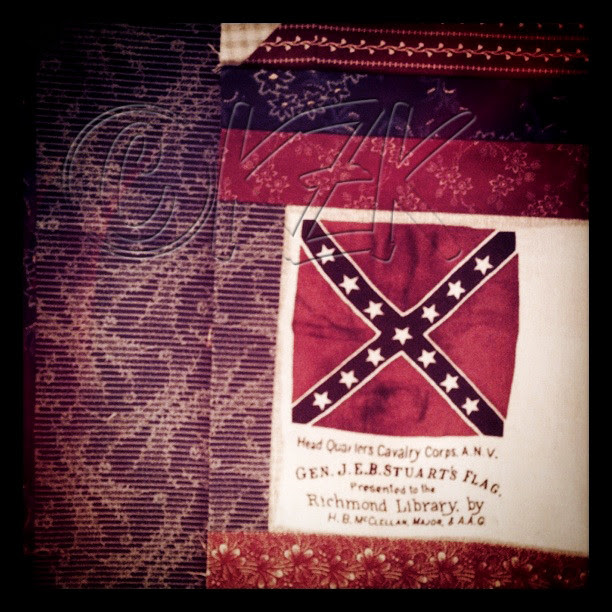 It really has me considering tea dying the whole thing when I'm done. Instant antiquing!!!

I'll post more tomorrow! For now, thanks for reading!